Bill was born November 21, 1932 in New Haven CT to the late Joseph and Leila Driscoll, and was raised in Waterbury CT.

It is with great sadness, respect and enormous sense of loss that we honor his life. Bill will be remembered for his love and devotion to his family, his investment intellect, and his large personality.

Bill graduated from Cheshire Academy in 1952, and then spent one year at Bates College before transferring to Fordham University where he graduated in 1956 with a degree in Business. Bill was enrolled in ROTC and achieved the rank of Captain in the US Armor Corps. While in NY, Bill met Jeanne Snee, the love of his life, to whom he was married to for over 63 years.

Bill started his very long investment career with Irving Trust & Co. and worked for many firms, both large and small, along the way including Blyth Eastman Dillon, Merrill Lynch and Tucker Anthony, before starting Driscoll and Associates on Cape Cod.

Over his career he sold everything from stocks, bonds, oil & gas tax shelters, real estate limited partnerships, annuities and long-term care policies. Bill belonged to The Osterville Men’s Club where his friends valued his investment advice. He also was on the Board of Arbitrators for the National Association of Securities Dealers.

He would always mail (US Post Office style) friends and family highlighted comics and articles that he felt were interesting or amusing.

Bill loved talking to people; he had the gift of gab! He would go out for a simple errand that should take 5 minutes; for instance the Post Office; and would return hours later. He loved to engage absolute strangers,both young and old, in lengthy conversations.

Bill loved to entertain and always enjoyed a good evening out. He was well known for bringing his collapsible top hat and being the life of the party. He enjoyed singing along to his favorite songs on his player piano. He also enjoyed golf, cycling, gardening and traveling.

Burial services will be private. A memorial service will be held at a later date. 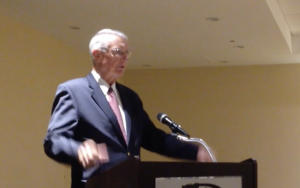 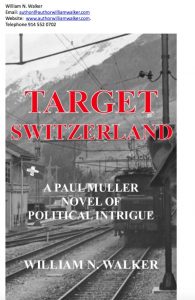 David Kuehn, CEO of Cotuit Center for the Arts.

CLICK BELOW TO VIEW PRESENTATION ON CAPE COD WATER QUALITY 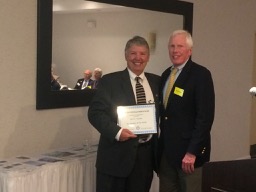 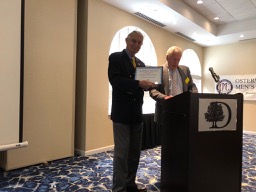 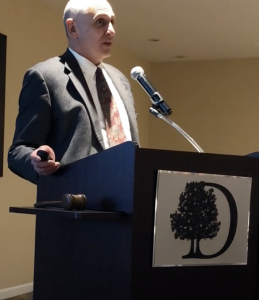 Check out scenes from the OMC Christmas Party
The BHS Christmas Choir
OMC Christmas Sing a Long
Many of you asked where you could find Susan Linton’s “Christmas Eve on Cape Cod” online. We’ve made it available on the Cape Symphony YouTube channel. Click here to listen and watch the video.
A special performance from America 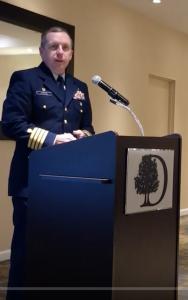 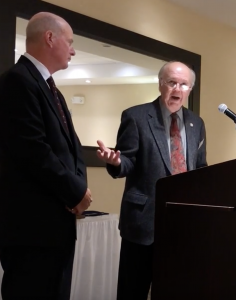 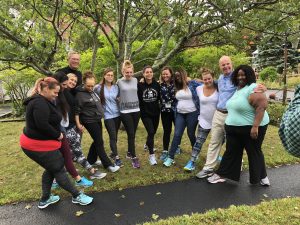 Walking/Running Shoes for the Mothers at Angel House
Angel House helps mothers with children get back on their feet so they can provide for themselves and their children. They have started an exercise program to help instill discipline, structure and healthy habits. These 13 mothers need workout shoes and Hanlon’s of Hyannis has agreed to sell them at cost at $72 each. Any donation is welcome. Make check out to OMC. and send to Paul Ruane
22 Angus Way
Centerville, Ma. 02632 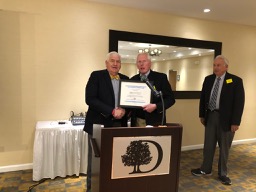 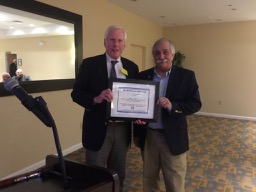 Click here for Volunteer Opportunities you may find interesting around the Cape. https://www.escci.org/Forms/VolunteerOpp.pdf